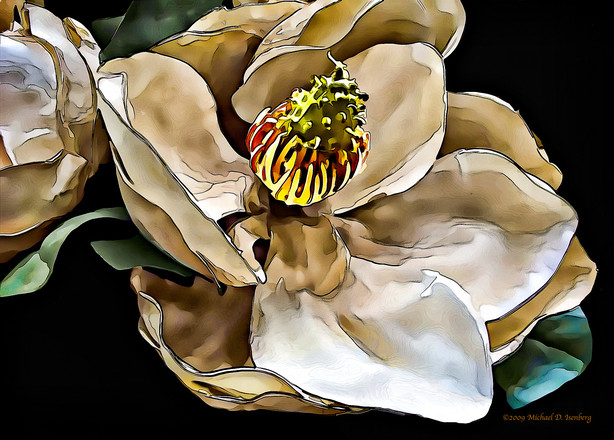 My journey into photography began in 1972, after seeing an exhibit in San Francisco of Ansel Adams photographs.  My formal education is that of a physician, but that exhibit ignited a passion that persists to this day.

Although basically self-taught, during the late 70’s, I participated in multiple workshops given by the Ansel Adams workshops in Yosemite, the Owens Valley Group, and The Friends of Photography based in Carmel California.

I concentrated on large format B+W, and during the next ten years I participated in many group shows, won several prizes and was given a one man shows at the McHenry Museum in Modesto, Calif. where I lived.

During that period, my interests expanded to color photography. In my home studio, I created a project of photographing through various glass sheets to create impressionistic interpretations of flower arrangements.  This work and large prints of close-ups of flowers resulted in additional awards.

I learned the technique for stereo photography and my teacher developed, a unique, large format stereo viewer that we marketed, The viewer allowed one to view large stereo images that gave the viewer a unique and astounding view of the world in 3 dimensions that has yet been equaled.

After relocating to upstate NY in 1995, my current interest and conversion to digital photography began and continues to this day.  I became enthralled by the ability to alter, manipulate, and interpret images in ways, that I simply was never be able to do in the darkroom.

The impressionist painters always affected me deeply, but I never understood why.  During a vacation to France, and a heavy exposure to them, I began to comprehend what the attraction was. I loved the mixing of bold strokes and colors, and the feelings of light they were able to capture. That led to the question, “could I use the computer to change my photographs into images that affected me as deeply as the paintings?’

Since 2000, I have been trying to answer that question, and that process has consumed me completely.  This exploration has provided me the most satisfying and creative adventure I have ever undertaken, and I feel I have been able to get the ideas and vision in my head onto a sheet of paper or canvas.

A large number of my B+W images, stereo images (both large and small), and original digital prints are in the collection of the Picker Art Gallery, at Colgate University in Ithaca, NY.

After relocating to Arizona in 2007, the exploration continues.